Subscribers can now watch YouTube, which includes over a billion hours of video, including music videos, short and documentary films, live streams and video blogs.

A new feature available on the Explora Ultra is the Discovery And Launch protocol (DIAL), which enables viewers to play YouTube videos from a second screen device (for example, a mobile phone) directly onto the TV (the first screen device) without pairing between devices. According to DStv, this makes it easier to watch shared or archived content from a secondary device of choice.

All that is required to view YouTube content via the decoder is an active DStv subscription, access fee and a high-speed and stable internet connection. There is no separate subscription required; customers can view YouTube as they would on any other internet-connected device.

YouTube joins a list of third-party streaming service partners already available on the 4K supporting Explora Ultra, including Netflix and Amazon Prime Video. The DStv App and Showmax can also be accessed via the APP button on the Explora Ultra remote control.

“YouTube’s mission is to give everyone a voice and show them the world. Joining DStv Explora Ultra will enable subscribers in sub-Saharan Africa, one of our fastest-growing markets, to watch the millions of hours of amazing content from Africa and around the world on YouTube.”

In addition to the DStv content available on YouTube, the launch of a new YouTube channel, Oh Snack!, has also been announced. This is a weekly ‘what to watch’ guide. that kicks off in June.

Also newly available on YouTube is SuperSport Schools, a channel focusing on live streams, highlights and profiles of school sports across South Africa. 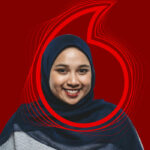 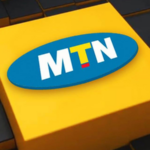