Vodacom Group has simplified its structure following the recent expansion of its African portfolio and accelerated growth ambitions on the continent, including financial and digital services, positioning it as a leading Pan African technology company.

Vodacom Group assumed management responsibility for Vodafone Ghana from 1 April 2020 and subsequently concluded a joint venture with Safaricom to accelerate the expansion of M-PESA, having acquired the M-PESA brand, product development and support services from Vodafone. Vodacom and Safaricom have also expressed interest in bidding for an Ethiopian telecommunications license as part of a consortium. Vodacom holds a strategic stake in Safaricom, one of Africa’s largest Telcos.

For Vodacom Group to play a central role of overseeing all operations across its African footprint, this has necessitated the creation of a standalone South African operating company that will be led by Balesh Sharma in the newly created role of Managing Director: Vodacom South Africa.

The stellar financial performance of our International Portfolio combined with the added responsibility of managing Vodafone Ghana and accelerating the growth of financial and digital services means that we needed to put the right structure in place to deliver on our ambition of becoming a leading Pan African technology company. This includes the decoupling of Vodacom South Africa as a standalone business. Under Balesh’s leadership, I am confident that the increased focus will leverage the numerous opportunities that exist in South Africa from both our traditional Telco business and our technology-focused growth acceleration units. The new structure will also place heightened emphasis on our international portfolio and new growth areas to ensure that we continue to diversify our revenue streams.

Balesh will report directly to Shameel and will join the reconstituted Vodacom Group executive committee (Exco) with effect from 1 July 2020.

Balesh is currently the Director of Special Projects for the Vodafone Group, where he has recently supported the roll out of a new telecom operation in Oman and has been tasked with driving the Covid-19 response for African markets. Previously, he was CEO of Vodafone Idea and the Chief Operating Officer of Vodafone India. He successfully oversaw the integration of Vodafone Idea and drove the strategy and execution of the combined business, delivering substantial synergies in the very first year post merger. Balesh is an alumni of the Harvard Business School and Mayo College, and holds a Degree in Mechanical Engineering from Engineering College, Kota and an MBA from Podar Institute of Management in Jaipur, India.

Beverly joined Vodacom in 2010 and is currently Network Officer responsible for the Mobile Network Engineering and Operations functions of Vodacom South Africa having held several Network and IT positions in Vodacom and Vodafone. She holds a BSc Electrical Engineering degree from the University of Cape Town and completed a Senior Executive Programme at Harvard Business School.

Sitho is a qualified accountant and joined Vodafone UK in 2007 holding various senior roles in finance and internal audit. In his current role, Sitho has had a strong role in the leadership of Vodacom South Africa through his input in areas wider than finance, including commercial and operational areas. Previously, he was CFO responsible for Vodacom’s International Business.

What the new structure won’t do is shift our priority away from assisting governments to combat the spread of Covid-19 and with the economic recovery from the health crisis. The safety of our staff and customers remains paramount, as does ensuring we continue to deliver on high customer experience standards. 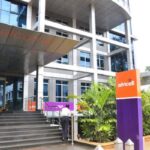 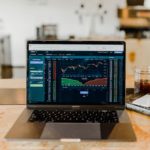