As part of our Connectivity Series, TechAfrica News founder, Akim Benamara, speaks about the importance of Digital Connectivity for Africa’s Growth.

Africa has been at somewhat of a disadvantage when it comes to digital development and connectivity. According to a report by the International Financial Corporation, only 22% of the continent has access to a basic internet connection. With a population of almost 1.8 billion people, the rarity of digital communication and the internet is cause for alarm.

This particular lack of digital connectivity is taking away much more intrinsic services than Netflix and Social Media. This disconnect includes the inability to access essential services such as e-commerce, digital education (e-learning), etc. What the rest of the world seems to be taking for granted, parts of the African population struggle for it.

Connectivity thus is one of the most important aspects in helping the underserved African population get the essential services that they have been missing out on.

Even after the presence of several companies offering their services that can help bridge the technological divide, regions in Africa are yet to reap the benefits of digital connectivity. And the primary reason for that is ‘cost.’ While there is sufficient demand for internet services in urban areas, it becomes feasible to establish setups for internet connections vis-a-vis fiber optic cables, the problem is a lack of demand for internet services in rural areas. According to the latest data provided by the world bank, 59% of the sub-Saharan population is still rural; thus, there is no demand for the internet and digital connectivity. This severe lack of demand has lead to a stark increase in the prices of internet services in Africa since the cost per user increases dramatically.
According to a report by Alliance for Affordable Internet, Africans pay an average of 8.8% of their monthly income for 1GB of internet access. This is a relatively higher percentage since the population in Latin America pays 3.6%, and Asians pay 1.5% of their monthly income for 1GB of data. The situation becomes even direr when we see South Africa, wherein some regions people are paying as high as 20% of their monthly income for 1GB of data. This statistic makes South Africa the region which pays the highest for digital and internet connectivity in the five largest African economies.

This situation highlights two immediate concerns: how to get stable connectivity to the semi-urban and rural populations and how to make it affordable and efficient.

This is to ensure that the underserved population is not devoid of general connectivity with the world when it comes to information and news. Along with that, the pandemic eventually made us realize the need for digital means of education and the importance of e-commerce. Thus, the availability of stable and affordable internet is an urgent requirement for the disadvantaged African population. This is a matter that needs to be dealt with utmost importance and urgency.

Connectivity Series: The Key to Growth in Africa

In an attempt to foster digital connectivity and bring key changes to the lives of the African population with more affordable internet and bringing a tangible change by enabling connectivity through better management, fixed lines, especially in the semi-urban and the rural areas, TechAfrica News is bringing in the “Connectivity – The Key For Growth in Africa”.
This Connectivity Series will entail a series of specialized talks, virtual panels, video interviews, articles, and opinion pieces. They will essentially highlight the connectivity challenges that foster innovation, creativity, and opportunities related to a lack of digital connectivity and basic internet access in Africa. The series will aim to foster and enable better opportunities for growth through digital connectivity throughout the underserved regions of the continent.

The Connectivity Series will involve a showcase of a series of opinion pieces, Q&As, virtual panels, surveys on several different themes over this year. These themes will highlight the challenges and innovations related to connectivity in Africa.

Initially, we will launch our series with “Spotlight ‘Satellite”. Satellite Connectivity is one of the key areas of focus in the Connectivity Series, simply because of the sheer potential the technology has. With satellite connectivity, reaching far and under-served areas will be a very real and incredibly efficient possibility. Several industry leaders will take part in “Spotlight Satellite” including, SES, Amos Spacecom, Sat ADSL, among others.
Satellite connectivity promises the potential of helping the internet reach practically anywhere, irrespective of the location. The large potential of satellite connectivity to deliver faster and more reliable internet as the industry ensures more local Internet Service Providers, apart from offering reliable internet connectivity, also promises more job creations.

Satellite connectivity is the key to bringing connectivity to the largely underserved areas in Africa. With the promise of a tectonic shift from delivering TV and Video services to becoming ISPs, the whole connectivity sector is in for a metamorphosis. Thus, it is one of the key highlights in the initial months of our connectivity series.

Following a deep dive on satellite connectivity, the other themes we’ll eventually focus on include Streaming services, Broadband, Mobile services, etc.
Our principal focus of hosting the connectivity series entails bringing together the brightest minds and industry leaders who are endlessly striving towards making Africa a more connected and eventually more developed continent as a whole. In our attempt to bring together the industry leaders, we aim to host a series of virtual panel discussions where the brightest minds will engage in a discourse on how to expand connectivity throughout Africa. With Chris Green (Senior Editor at TechAfrica News) conducting the panel, we have industry specialists from Africa and the Middle East all coming together with SES on a panel discussion on “Africa’s connectivity gap: Expanding connectivity across Africa to unlock growth and opportunities.” 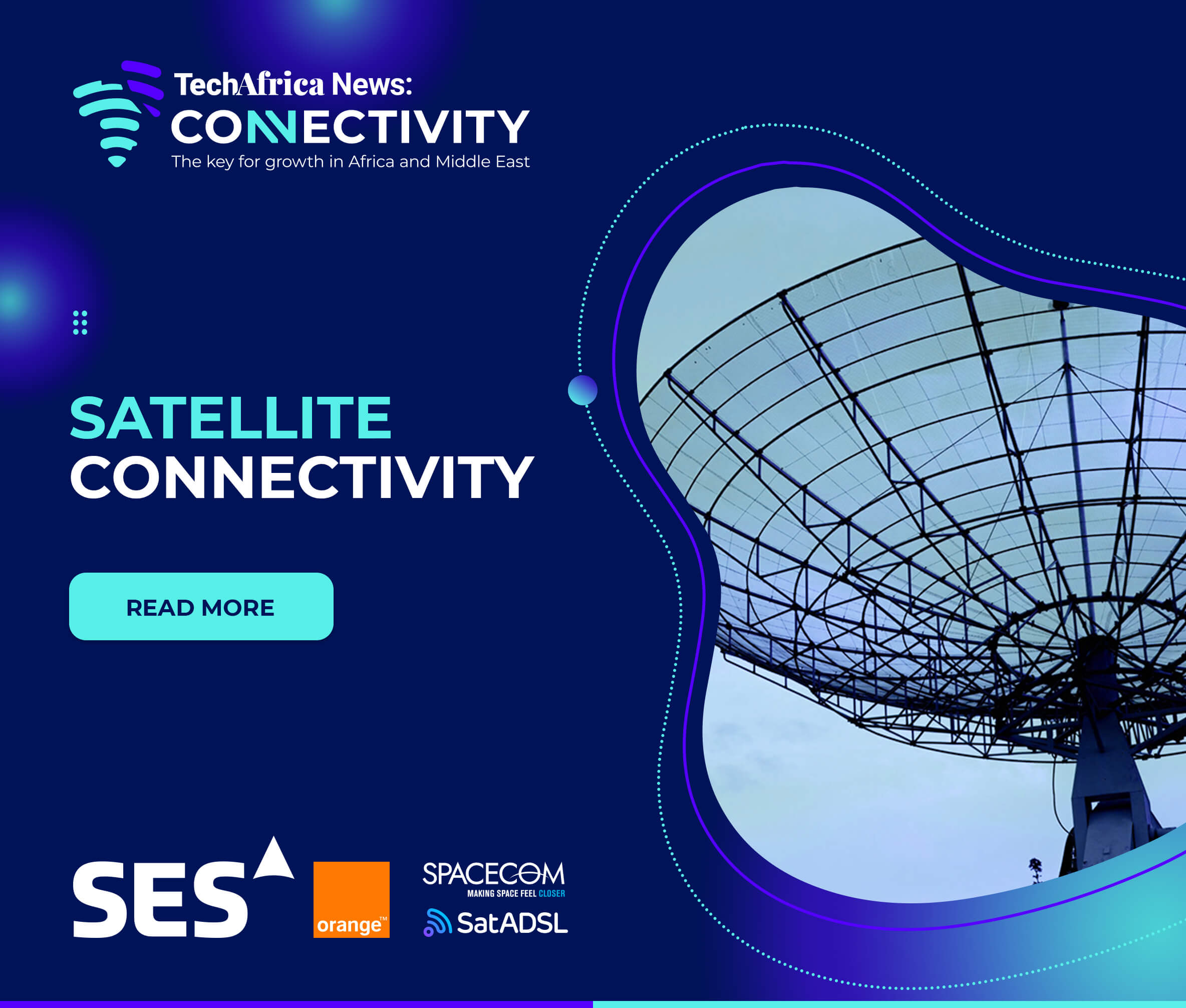