MWC Africa Q&A: GSMA and the importance of partnerships for a better future in Africa

Angela Wamola from the GSMA and TechAfrica News discuss the first edition of MWC Africa and the future of connectivity in Africa.

We’re glad to see the first edition of MWC Africa. I want to know how you decided to do the MWC Africa in Kigali.

Angela Wamola: Kigali is a beautiful host city. It’s very green and secure, but more importantly, the environment and political goodwill are here. You can see from the attendance of His Excellency Paul Kagame, the President of the Republic of Rwanda, along with Minister Paula Ingabire. Their support for this event has been phenomenal, and this is what we need to bring MWC Africa to the level that it needs to be.

We also have the Smart Africa secretariat that’s based in Kigali. We’ve had tremendous support from the DG Lacina Cone, and many organ meetings have been hosted alongside the event, which helped us make the event as successful as it is today. We can also bring in a mix of the public and private sectors to understand how we can unlock the challenges we’ve seen in Africa.

The industry has worked well with the governments, and we have almost closed the coverage gap.  We have about  600 million in  Africa yet to be connected to a  signal,  but more than  84%  have coverage with a 3G-4G signal.

Was one of your main goals of MWC Africa to bring businesses together?

Angela Wamola: Yes! We say that MWC Africa is where the future of Africa connects. And what’s the future of Africa? It’s about the community, the citizens, and our youth. So how can we bring that tech community together with businesses and governments?  How can we use technology to leverage them to go faster to scale up to accelerate?

We have CFG, an African free continental trade area agreement coming into effect soon. I understand that 69% of inter-trade happens in Europe while in Africa, only 19%. Now how can we unlock that potential? That’s why we must ensure that businesses, governments, and the tech community work together.

So what is your general feeling about the MWC Africa event so far?

Angela Wamola: The buzz and the energy are so vibrant here! I think it’s evident in the conversations, and it’s usually how you can help them unlock their opportunities. I also see the goodwill that is here in this community of people who are willing to help others and lend a hand. I think the main energy throughout this whole event is about partnerships.

There are a lot of gaps to close in Africa. Is MWC Africa perfectly fitted to help that?

Angela Wamola: Yes, that is exactly what we’re trying to achieve here. For example, in conversations such as within the 5G summit, we are looking at “Is Africa ready?” Which indicators show that there is potential to either evolve into the next level of technology (which is 5G or use it to revolutionize businesses. That’s what we saw. So I think we are unlocking conversations on the readiness and the potential for moving forward in Africa and bridging this supposed digital gap.

How important is the cooperation between the industry and the governments in closing the digital gap in Africa?

Angela Wamola: I believe that is critical because the industry has worked well with the government, and we have almost closed the coverage gap. We have about 600 million in Africa yet to be connected to a signal, but more than 84% have coverage with a 3G-4G signal. That now presents a demand challenge for us.

We also have 44% of the adult population in the Sub-Saharan region who have a 3G or 4G signal but have never gone online.

This potential is just sitting there waiting to be tapped in, but we need these conversations with the government to understand the barriers and policies that could unlock these opportunities.

Do you also think it’s about the devices? How do you want to forward a suitable device to use this connectivity?

In Africa, the cost of 1 Gigabyte of data is visa-a-vie the disposable income. It is so high compared to the rest of the world. It’s important not to create a barrier for people because they cannot choose whether they should eat food or go and buy data. So I think those are conversations that we need to have in this area. In a platform like MWC Africa, we need to understand, build capacity, and formulate strategies to do something.

It’s important not to create a barrier for people because they cannot choose whether they should eat food or go and buy data. So I think those are conversations that we need to have in this area. In a platform like MWC Africa, we need to understand, build capacity, and formulate strategies to do something.

Do you see any African country that is a role model in handling these problems that create the digital gap?

Angela Wamola: There will be no silver bullet to solving the problem. It’s a cocktail of solutions. You might deal with the cost of devices in some countries. In Africa, they don’t even have free sectors. So I think three African countries do not have sector-specific taxes over and above the general taxes. So they can lower the cost of entry for services across the services, but now there’s an aspect of putting policies or programs in the country that help people understand how to use the service, so creating digital literacy programs.

What does the future hold for the region of MWC Africa?

Angela Wamola: So we are going to be here next year, 17th of October. We will still be in the beautiful city of Kigali. The host has invited us back to stay and continue enjoying the country. We want to ensure that we see this event’s value continue to grow and yield value for the people who have attended.

We’d like to see more attendees next year and see the level of conversations and the seniority of the speakers grow even further since people are interested in understanding what decision-makers are doing and how they can partner with them to leverage or piggyback their solutions with those strategies.

Stay up to date with the GSMA and MWC Africa 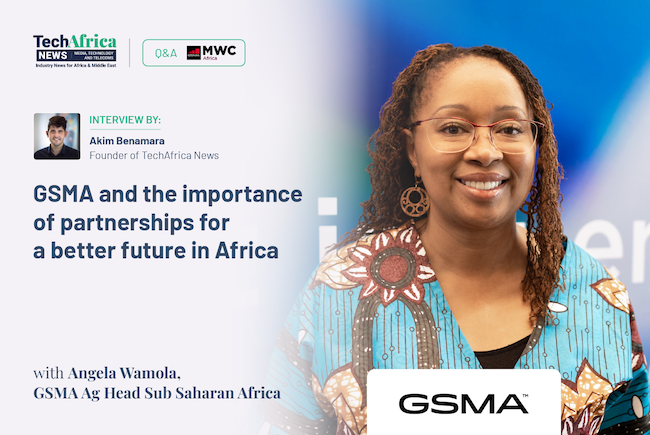