Our Editor Chris Green analizes the current state of IPTV/OTT/Streaming in Africa.

It’s around six months since I last wrote about this. There has been a few announcements, but has anything really changed?

Last month 3Vision released the results of their industry predictions for 2021, based on respondents’ answers. To the question as to which geographic region should be seen as #1 region for growth, Africa was only seen by 12% of respondents as being the most important. That figure was 1% higher than the answer for the 2020 report. When you compare that to APAC, which was seen as being #1 in terms of importance by almost half of respondents, yet isn’t APAC already quite saturated with all sorts of IP based deployments and streaming solutions.

It can’t just be down to ARPU either, as, if you interpret Disney+ subscriber figures and look at what they charge in different regions, then ARPU is considerably lower in some APAC countries, yet a lot of Disney+ subscriber growth is coming in that region. A case therefore of driving subscribers, but not achieving growth in ARPU. The price that a subscriber is willing to pay in say India, Indonesia and others, isn’t any higher than in Africa, yet Disney+ isn’t planned to launch in Africa until 2022 maybe.

Is the high cost of internet connectivity, the low-quality bandwidth available, with the small amount of local content, combined with a lack of payment unless a credit card is available, all combining to slow down the development of Streaming services in the region?

South Africa also appears to have taken a big misstep in stating they will charge users a full TV licence if they view programs on mobiles or laptops, including SVoD. How is this ever going to work? Just as the BBC in UK is under pressure to do something about its own licence fee, SABC seems to think it’s a good idea to widen it. With such a young audience in South Africa, many will not bother, or find ways to avoid paying this tax on viewing content.

According to DigitalTV Research report, Africa OTT TV & Video Forecasts, African revenues will reach $1.725 billion by 2026, up from $392 million in 2020. It’s said South Africa will contribute around 30% of this 2026 figure, with Nigeria accounting for a further 20%. That’s two countries, with already dense populations, covering 50% of the 2026 figure. Of this $1.7 billion, SVoD is driving this, with revenues reaching $1.48 billion, so 85% of all revenues in 2026 will be coming from SVoD according to the report. This means likes of Netflix, Prime, Disney will likely drive this growth.

Then add in what Multichoice is doing, which includes looking at AVoD route with Showmax, which is currently only available in South Africa, but probably will be rolled out further, as well as becoming a super aggregator by including Netflix in their latest STB launch.

We need to look at some context here. The current population of Africa is 1.36 billion people. By 2026 that will have grown to around 1.6 billion people. Approximately 50% of the population is under the age of 25. In terms of actual subscribers to an SVoD service, as against revenues, then figures show that currently there are around 3.5 million subscribers to an SVoD service. That is forecast to increase to around 13.5 million subscribers by 2026, so significant growth, but, that figure isn’t even 1% of the population of Africa. Yet 60% of Africa’s population has a mobile phone.

The question has to be asked – How can we reach out to the greater majority of people in Africa?

Molotov – the French OTT provider – has announced that having launched their service at end 2020 in Ivory Coast and having achieved tens of thousands of paying subscribers, it’s expanding to a further six African countries by end of H1 2021, with plans to reach out to all French speaking countries in the continent. It’s not just the fact they’re doing this, but doing it in the right way. They have optimised their applications taking into account issues such as low bandwidth, unstable connections, low performance, high reach of smartphones & tablets, together with a simple payment solution which doesn’t require a credit card, all of which is needed and I referred to in my previous article. Also, they have a free AVoD solution, which covers a range of content. In short, they have made it easy to sign up to this service and appear to have a solution that avoids the pitfalls of Kwese.

Another company, Mware Solutions – the Dutch end-to-end IPTV/OTT multi-tenant provider – has made good progress with agreements covering Zambia, Nigeria & South Africa covering all streaming solutions, going to various devices and have local content packages available. Again, they have gone about this the right way, not just trying to fit in a one size fits all solution but customising this for different operators in different countries.

Another interesting development is what might happen in the satellite broadband space. Deloitte said in a recent report that after being hit badly in 2020, aerospace and defence industry revenues will recover in 2021 and that satellite broadband will continue to drive growth. How is this relevant to TV and operators in Africa? Well, just think about it. Satellite has the ability to reach rural and semi-rural area in Africa and the vast majority of these areas don’t have internet connectivity, or it is very restricted. With the ability to reach into these regions, this means that local Wi-Fi, village Wi-Fi, or home Wi-Fi, can be provided, as well as expanded 4/5G connectivity. This opens up a whole range of services, education, healthcare, government, family as well as Streaming TV, and many others can all suddenly be made available to a new demographic.

The opportunity is there

Companies such as Arabsat, SES, Eutelsat and others have the platform in place to be able to offer this functionality and new services. This would also have the added benefit of increasing Streaming capability and reach, bringing TV to the masses.

Companies such as Molotov & Mware are showing the way. Now it needs those who want to reach out to a new demographic, to do so. Yes, ARPU in Africa overall can be lower than elsewhere to start with, but with AVoD available and potentially leading to SVoD this surely has to be one of the ways forward. There also needs to be some realism on what can be charged for data in Africa. Price it too high and you’ll have limited uptake and people will find other alternatives. Make pricing attractive for the vast majority of people and you’ll get far greater uptake. Those companies and providers who get it right now, will be the ones to benefit in the long term.

Chris Green is an experienced executive with thirty years experience in International Business Development in both sales and marketing. He has been active in the IPTV/OTT sector for more than twenty years with responsibilities in sales and business development worldwide. Lately his focus was on developing the Middle East and Africa area. 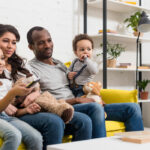 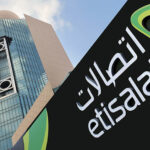