What does the future hold for IPTV/OTT or Streaming services in Africa?

What does the future hold for IPTV / OTT or Streaming services in Africa? For almost 10 years now, it’s been said that Africa is the big greenfield opportunity. That the continent didn’t suffer from outdated and antiquated infrastructure and was ready to utilise new technology, allowing, amongst others, TV services over IP to proliferate. With a few notable exceptions, this hasn’t really happened.

The failure of Kwese last year, left a number of questions unanswered, as did the reputed loss of around $130 million. KweseTV had something like tens of thousands of subscribers, across 12 different African countries. Why did it fail? Was it down to the lack of funding coming from its primarily Zimbabwe financiers? Did it overstretch itself, trying to cover many different countries, or, was it a risk trying to go head to head with Multichoice owned DStv?

Multichoice recently announced a raft of new features would be added to DStv, stating it was the biggest offering of new products, programmes and value bundles that it has offered in over 10 years. That’s putting down something of a marker. This is in addition to carrying out field trials of its own DStv streaming service, which includes Netflix and Amazon.

Multichoice also has a hold on some of the largest football rights, including likes of UEFA Champions League and the prime European football leagues. Is it again all about sport sells subscriptions, especially when it’s big name sports?

Out of 19.5 million Multichoice subs, 8.4 million were in South Africa

If you actually look at Multichoice numbers, shown in June this year, then out of 19.5 million subs, 8.4 million were in South Africa, the remaining 11 million were across the rest of Africa. That means there are a lot of potential subscribers out there, not using DStv in the majority of the African continent.

Likewise ZukuTV – Wananchi Group, has long been the go to solution in Kenya and certain other East African states

Going head to head against the incumbents, who have market share, isn’t a great idea, unless you have something, either technology, or content that they don’t have. You’ll end up in a decreasing spiral of higher costs and lower ARPU and end up in a similar situation to Kwese.

A different approach for targeting

Isn’t a better approach to target those countries where the big boys don’t really have a foothold, or, where you have something that they can’t cater for? One example of this would be to fine tune your solution to take into account problems that exist with technology, or bandwidth in that country. Many African countries didn’t have copper everywhere, so a solution to mobile works fine. Some solution providers have tried over the years to add a 3/4/5G dongle into an STB to use that to transmit over and solve the lack of bandwidth. The issue here is the area around a TV set isn’t ideal for a mobile signal to reach, as there are usually other things in the way including the TV itself. Up to know no provider has managed to launch with this type of solution for a mass-market, yet.

Huawei has spent considerable time and effort, not to mention money in pushing hard in Africa. Much of this though is directed at other technology as against TV using IP and it might well be that the company now has other areas it needs or wants to focus on.

One provider that I know of, actually listened to what local issues their potential customer had and then came up with a variant of their solution that enabled that operator to actually deliver the solution that fitted their needs, solved their problem and has launched quite successfully.

Isn’t this the way forward? And isn’t this what we should all be doing, in listening to what the customer wants; what their local issues are and then trying to find a way that solves their issues, as against just trying to cover the whole continent with more or less one overall solution. It’s always been said that listening to and identifying the customers needs is the way to success and in Africa, all of Africa, one size does not fit all.

Chris Green is an experienced executive with thirty years experience in International Business Development in both sales and marketing. He has been active in the IPTV/OTT sector for more than twenty years with responsibilities in sales and business development worldwide. Lately his focus was on developing the Middle East and Africa area. 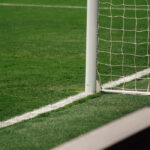 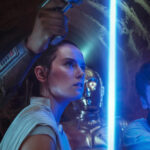