Vodacom has become the first telco globally to zero-rate the lifesaving addressing technology, what3words, for its more than 43 million subscribers across South Africa.

The UN estimates that 75% of countries in the world have a poorly maintained addressing system – or none at all. This is an issue that South Africa knows well, with large parts of the country still lacking spatial planning. This might be an inconvenience when you are expecting a delivery, but it is a far graver issue for South Africans living in rural areas or informal settlements when it comes to emergencies.

Without an address – or in the event of calling from an unaddressed area – explaining to emergency services where to find you can be extremely difficult. Callers are often only able to provide vague descriptions or references to landmarks, which means emergency services waste critical time and resources trying to locate the person in need of help.

The what3words technology, available as an app or online map, has divided the world into a grid of 3m squares, giving each square a unique combination of three words: a what3words address. ///finishes.aura.moves, for example, will take you to the front door of the what3words office in Johannesburg.

To make the service more accessible, Vodacom has now zero-rated the what3words emergency find me website which means that South Africans can access the website for free with no concerns over data costs or data running out. This is one of numerous websites that Vodacom is making accessible at no cost, alongside key educational, job seeking and health websites which can all be found on the ConnectU platform.

For over 25 years Vodacom has been connecting South Africans using technology to bring about a positive change and improve lives. The what3words technology forms parts of an existing eco-system of services such as the Vodacom SMS Emergency Service for deaf or speech impaired customers and the GBV Command Centre which deals with issues around gender-based violence. These services play a vital role in our society. Through the use of innovative and life-saving technology, we can assist the most vulnerable citizens in their greatest times of need.

“For some of us, the idea of making ‘that call’ at one or other time in our life fills us with dread, but for far too many in this country, it is precisely what happens after the call, that is feared the most.” So says Dr Shaheem De Vries, Medical Director of Western Cape Emergency Medical Services. “If you happen to live in an informal settlement or are left stranded in a remote part of our country, the anxiety and uncertainty that can accompany a call to the emergency services may prove unbearable. A consistent issue we noticed during piloting, was that some communities were reluctant to access the what3words site because of concerns over the cost of data. Even though it is a small site in terms of data usage, it was a consistent hurdle. By zero-rating the what3words site, Vodacom have completely removed that hurdle.”

“The what3words platform has already saved lives by helping our responders know exactly where the emergency is in our region,” says JP von Benecke, Deputy Director Communications and Advanced Life Support Paramedic at Gauteng EMS. “Some of the informal settlements we cover don’t have street names, and locating the caller is incredibly challenging for our call handlers and teams on the ground. what3words and Vodacom have helped emergency services like ours move away from ‘where are you?’ ‘what can you see?’ and progress to ‘we know where you are and we’re on our way.’’

what3words has seen significant adoption by emergency services around the world, including the UK and South Africa. In South Africa, vast open landscapes, and informal settlements both suffer from lack of addressing, which makes it hard to find people in trouble.  It’s amazing to see Vodacom become the first telco in the world to support their emergency services like this – and at such a huge scale. 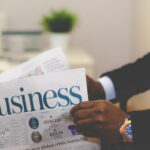 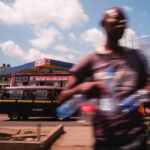